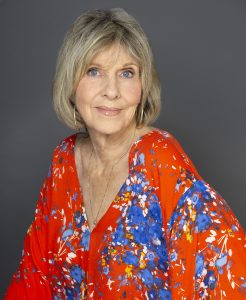 Yamini has been in the arts since early childhood first as a portrait sketch artist, then as a singer/actress and then as a costume designer for TV and Movies. She was head of wardrobe for CBS in the mid-70’s during the Cher and Carol Burnette era before she ran off to India to join the Rajneesh Commune. She was deeply impacted by this very unconventional spiritual master whose purpose was to create controversy and untie the apron strings of your mind. His many meditations were designed to set you free from dualistic belief systems and sexual inhibitions so you could flow naturally into your own unique authenticity.

Upon re-entering mainstream America again, she took up residence in Laguna Beach and tried many creative pursuits including designing, making and selling ceramic jewelry, creating an alternative art Festival called “Starfair Visionary Arts” next to the Sawdust Festival in Laguna and then taking up photography as an art. She was juried into the famous Festival of Arts with her edgy hand painted black and white photography in 1996 and 1997 after which she began her professional career as one of Laguna Beach’s highly respected portrait photographers. After many years of photographing families and children in her studio and at the beach and turning 63, she began to dream of retirement. Then suddenly, a new vision came to her and she began photographing women dressed as Goddesses in nature and the results inspired her to make her primary purpose in life the emergence of the Divine Feminine through her photography.